They are working for a better world

Not seeking notoriety and for the sake of discretion and protection of research, the designers did not wish to pass on their family name.

We are counting on your understanding.

The transducers were imagined, designed and developed by a researcher of Belgian origin, Jean-Pierre B.

As an executive in the IT industry, specializing in industrial logic and hardware, Jean-Pierre was, among other things, technical responsible for the proper functioning of a major IT system at Brussels National Airport.

The very limiting consequences of an autoimmune disease have led him to other therapeutic approaches.

Realizing fairly quickly that a relevant solution would not come from the traditional medical system, he decided to become self-sufficient in the management of his own health.

When he does not know a subject, his preferred method is to get information, not to “reject” anything at first glance, and then to proceed by comparison.

This is how he was able to collect various testimonies from people who had cured of so-called “incurable” diseases.

Having found the matching points, he therefore developed his own guideline for investigations.

What characterizes him mainly is to be almost self-taught in all the fields he has tackled!

It is therefore the synthesis of countless years of experimentation and verification that has enabled him to produce its current devices, of which transducers are a part. 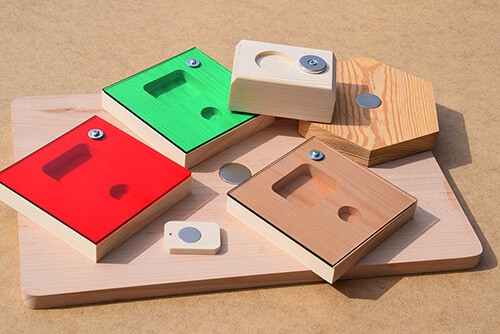 Although he uses processes that currently escape “main stream” science, he still aims to obtain concrete verifiable benefits in the physical world.

The important thing, according to him, is to be able to validate as quickly as possible, and in a non-invasive way, the impact of a device tested on a human being!

Among other things, he focused on the use of an electro-acupuncture device from Voll to carry out his studies and verifications.
Jean-Pierre works actively with high-level researchers and specialists who bring their complementary knowledge in various fields such as quantum biology, analysis of living blood by dark field microscopy, Voll electro-acupuncture, bioresonance devices, etc.

In this context, he works closely with a team of scientists in Switzerland who test, validate and assume the manufacture and distribution of his devices.

He will thus be able to focus mainly on the programming of devices, in parallel with research and development.

Jean-Pierre is a deeply spiritual man, humble and eager to share his knowledge with his neighbor.

A perpetuation project in homage to the work of Dr Raoul Nassar (1952-2020), from the Isahe center (www.isahe.com) in Gembloux (BE), is under study. It is thanks to Dr Nassar that the essential meetings took place which made it possible to carry out this project.

The diapasons were developed by a researcher of Italian-French origin,Jean-Pierre C, an electrician and electro-mechanic by training, who also pursued business studies with a specialization in insurance.

Psycho-energetician as well, he has always been interested in ways to help his neighbor to progress in his path of evolution, including health, particularly through psycho-genealogy, which involves the study of links blood as well as Akashic memories.

He also drew a lot of inspiration from the principles of sacred geometry from which he was able to forge links with the entire Universe in its most comprehensive understanding, including neutrinos and scalar waves.
Very sensitive to vibrations and to the various types of energy that surround him, he has also specialized in dowsing and the practice of prana-therapy, as well as the therapeutic energy of crystals which are important information carriers for him.

Jean-Pierre C. has also established numerous links with scientists and creators in different fields, notably on the study of the impact of sound waves on a living organism.
It is on the basis of more than 40 years of research, experience, observations and care that he has been able to design the low and high frequency diapasons which are available on the market today 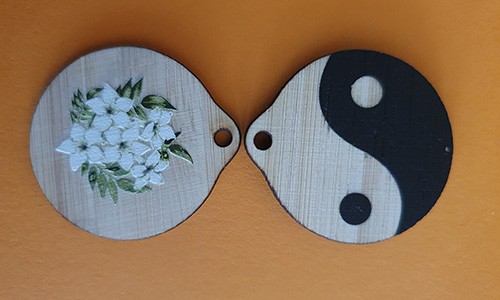 His activity (including the creation of diapasons) is based on three principles that he likes to repeat frequently:

for oneself as well as for others.

In order to fully understand its meaning and scope, it suffices to mention the contrary terms, which would give:

These guiding principles (or frameworks) are complemented by strict compliance with the 5 laws that govern the Universe:

The use of all the characteristics, values and principles illustrated above have the common goal of bringing any disturbed system back to balance, in the expression of its best potential and its autonomy, while keeping to the mind that nothing can be achieved without appealing, above all, to the Energy of Love!

You can find out more about which cookies we are using or switch them off in settings.

"We use cookies in order to provide the services and features offered on our site and to improve the experience of our users. Cookies are data that are downloaded or stored on your computer or other device."

"By clicking on "Accept", you agree to the use of cookies. You can always turn them off later. "

"By continuing to browse, you accept the deposit of third-party cookies intended to offer you videos, sharing buttons, and uploads of content from social platforms."

"We use cookies to help us better understand how the site is used. By continuing to use this site, you agree to this policy."

Strictly Necessary Cookie should be enabled at all times so that we can save your preferences for cookie settings.

If you disable this cookie, we will not be able to save your preferences. This means that every time you visit this website you will need to enable or disable cookies again.

By visiting our website and using our services, you understand and agree to the way we handle personal data in accordance with our privacy policy. We respect your privacy and the right to control your personal data. Our guiding principles are simple. We will be open with what data we collect and why. Please take a moment to read them. It is important !
Cookies are small amounts of information stored in files within your computer's browser itself. Cookies are accessible and saved by the websites you visit, and by companies that display their advertisements on websites, so that they can recognize the browser. Websites can only access cookies that they have stored on your computer.
By using the Website, you consent to the use of cookies placed by our Site.
The website uses cookies for the following purposes:

Your Choices Regarding Cookies and Web Beacons
You have the choice to configure your browser to accept all cookies, reject all cookies, inform you when a cookie is issued, its validity period and its content, as well as allow you to refuse its registration in your terminal, and delete your cookies periodically.
You can configure your Internet browser to disable cookies. Note, however, that if you disable cookies, your username and password will no longer be saved on any website. For more information on how you can delete and control the cookies stored on your computer, visit the following site: http://www.allaboutcookies.org